First responders are the backbone of communities across the United States, but it’s easy to take for granted the firefighters, police officers and emergency medical responders who keep us safe. That’s why NEXUS Gas Transmission (NEXUS) partners with emergency management agencies and fire departments to support the professionals who serve our communities in northern Ohio every day.

When their previous communications system unexpectedly experienced technical issues, the Whitehouse Fire Department received a grant from NEXUS to purchase a new system with much needed upgrades. The new equipment allows firefighters to access information on different channels while they are responding to a call, and incident communications are provided to all responders, thus helping those who respond to calls from their homes to be more prepared when they are dispatched. New pagers have already been put to use, allowing the department to retire their old system and return loaned radios to Lucas County.

“The grant from NEXUS allowed us to implement a long-term communications solution and address weaknesses in our previous system,” said Joshua Hartbarger, Chief of the Whitehouse Fire Department. “The ability to have increased communication through the upgraded equipment will help us more readily share information and operate more effectively.”

In Fulton County, Ohio, the landscape is comprised of thousands of acres of farmland, ponds, rivers and creeks. As the only agency charged with overseeing first responder services in the County, navigating these landscapes can be quite a large task for Fulton County EMA. But as with any modern obstacle, technology is helping to overcome these topographical barriers. After receiving a grant from NEXUS, the Fulton County EMA purchased a search and rescue drone to aid first responders. The drone will help speed up emergency response times while keeping first responders, as well as the greater community, safe.

If measured by land mass, Erie County is one of the smallest counties in Ohio. With Lake Erie accounting for more than half of its total response area, the Erie County EMA needs to be prepared for a wide variety of emergency scenarios. The EMA’s first responders include more than 75 firefighters, as well as specialized response teams for confined space, dive, hazmat, ropes, trench, water, and wide-area search and rescue missions. NEXUS awarded the EMA with a grant to provide its first responders with the necessary training to stay safe in the line of duty.

Fulton County’s Metamora Amboy Township Volunteer Fire Department provides an indispensable service to the surrounding community. Unfortunately, as with many other volunteer fire departments, the necessary funding isn’t always available to keep equipment up-to-date. According to the National Fire Protection Association, turnout gear should be replaced every 10 years. Before receiving NEXUS’ grant to purchase new equipment, Metamora Amboy Township Volunteer Fire Department’s turnout gear was quite outdated, so the firefighters had to borrow training equipment from other departments.

“I believe this grant is about making a community safer for its residents and the people who are working to make the community safe,” said Metamora Amboy Township Fire Department Chief Ray Kelble.

Lucas County’s City of Waterville Fire Department was in a similar predicament with personal protective equipment nearing the end of its 10-year rate of protection depreciation. Items such as coats, gloves and firefighting head covers were beginning to show signs of wear with rips, tears and even flame damage. This equipment protects firefighters from heat, steam and water. A grant from NEXUS helped the department replace the aging equipment, protecting the department’s firefighters as they keep the community safe.

“Our top priority is keeping the people who live and work in the communities in which we operate safe,” said Adam Parker of NEXUS’ community engagement team. “We’re thankful for every first responder in the Lake Erie region and commend them for their service.” 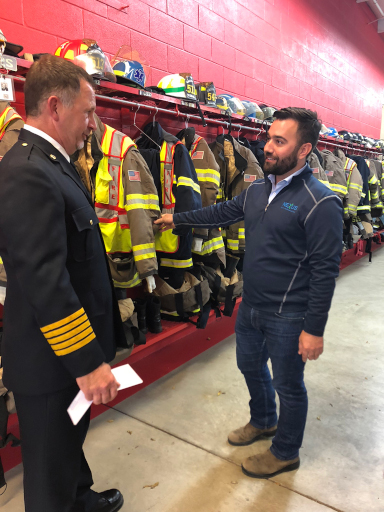 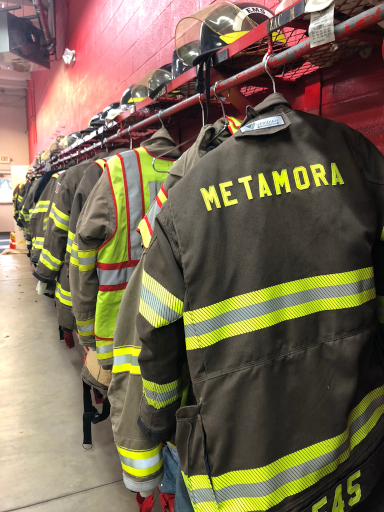 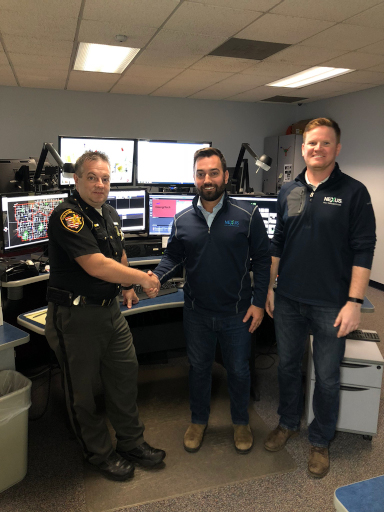